For those who’d been monitoring St. Cloud mortgage rates ahead of last week’s Federal Reserve interest rate cut, the news that followed was less than definitive. The Fed’s decision to lower their overnight lending rate for the first time since the Great Recession commanded first page headlines—but the details that followed provided little clarity.

For those whose interest in St. Cloud mortgage rates is more than academic (homeowners pondering selling; mortgagees thinking of refinancing or applying for a line of credit, etc.), the question was whether now was the optimal time to take advantage of the bargain-basement interest rate environment…or…?

The equivocation came on two fronts. First were reports on the fallout from Wednesday’s ¼ point drop in the Fed’s benchmark overnight borrowing rate. Wall Streeters didn’t seem to like it—not because it wasn’t good for borrowers of all stripes, but because they’d hoped for an even greater cut. Not just that—there was equivocation on the actual fallout St. Cloud mortgage seekers might now encounter.

By week’s end, The Washington Post reported, “Mortgage rates pause as markets digest impact of Federal Reserve meeting.” In other words, prospective home buyers expecting a drop in rates would have to wait.

Bankrate.com had a different take—an even more sour one: “Mortgage rates move upward for Friday.” By their lights, Friday’s prospective buyers might expect a slight bump in rates (though they’d still be in the historically low range).

Why was the reporting so scattered? MNW’s Matthew Graham offered the best explanation. The bonds which underlie mortgages had been slow to budge until late Friday—when mortgage rates dropped “to new multi-year lows.” Graham noted that Friday’s improvements “were driven almost entirely by lenders simply catching up with yesterday’s moves.”

With lenders notching rates down, the implications for St. Cloud home sellers and buyers once again present a spectacularly appealing picture. For specifics on how, what, and where—give me a call!

Five Office Locations To Serve YOU! 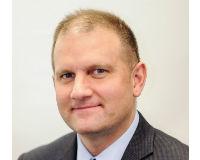 Want to Advertise on this Site?

What Are The 3 Greatest Financial Decisions You Can Make

St. Cloud homeowners who regularly watch the “Today” show or Fox Business, or who listen to NPR’s “All Things Considered” on the drive home from work may already be familiar with

Its 2020Paperwork May Be At Risk

In case you haven’t heard yet, you’d better watch out for 2020’s date-noting anomaly. This quirk was widely publicized on January 1, but for St. Cloud residents whose holiday focus was

Surprise Answer For When This Years Spring Season Starts

January has often been a month when St. Cloud homeowners decide to get serious about projects they’ve put on hold during the past year. It’s only logical: most of us tend to regard the annual

Last Friday’s New York Times featured a timely warning that St. Cloud home buyers and sellers should be aware of—especially since it uses a particularly devious dodge.The scam has been


Should you require assistance in navigating our website or searching for real estate, please contact our offices at 320-259-4554.

Information deemed reliable but not guaranteed.

The data relating to real estate for sale on this web site comes in part from the Broker Reciprocity Program of the Regional Multiple Listing Service of Minnesota, Inc. Real estate listings held by brokerage firms other than Premier Real Estate Services are marked with the Broker Reciprocity logo or the Broker Reciprocity thumbnail logo (little black house) and detailed information about them includes the name of the listing brokers.
The broker providing these data believes them to be correct, but advises interested parties to confirm them before relying on them in a purchase decision.
© 2020 Regional Multiple Listing Service of Minnesota, Inc. All rights reserved
By searching, you agree to the End User License Agreement.
Digital Millennium Copyright Act (DMCA) Notice
The Digital Millennium Copyright Act of 1998, 17 U.S.C. 512 (the "DMCA"), provides recourse for copyright owners who believe that material appearing on the Internet infringes their rights under U.S. copyright law. If you believe in good faith that any content or material made available in connection with our website or services infringes your copyright, you (or your agent) may send us a notice requesting that the content or material be removed, or access to it blocked. Notices and counter-notices should be sent in writing by mail to Michael Bisping, Director, Customer Relations, Regional Multiple Listing Service of Minnesota, Inc, 2550 University Avenue West, Suite 259S
Saint Paul, MN 55114 or by email to mbisping@northstarmls.com. Questions can be directed by phone to 651-251-3200.

By registering, you agree to our terms of use and that real estate professionals and lenders may call/text you about your inquiry, which may involve use of automated means and prerecorded/artificial voices. You don't need to consent as a condition of buying any property, goods or services. Messages/data rates may apply.